← more from
Mello Music Group
Get fresh music recommendations delivered to your inbox every Friday.

The Life & Death of Scenery 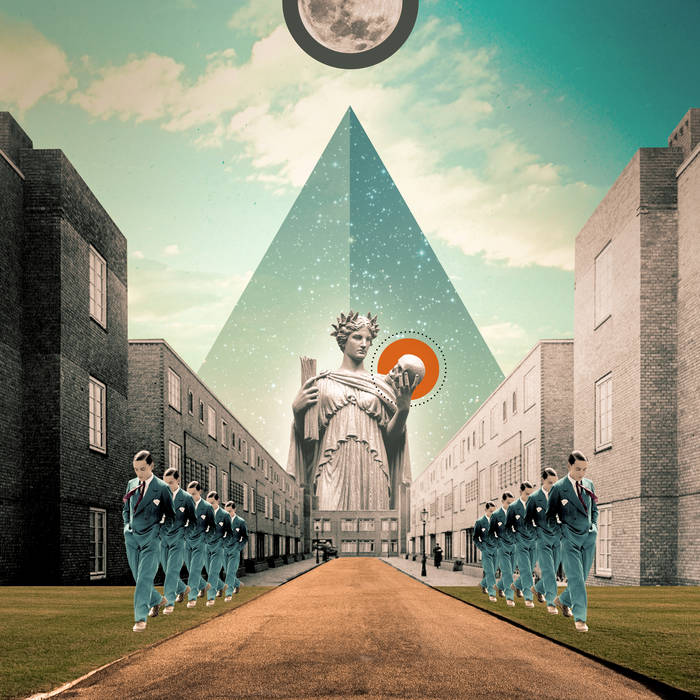 An Active Muzik Listener Well, L'Orange is only another good producer on the Mello Music Group roster because he really performed on this project and Mr. Lif came through with some verses that are a step above what he did on his solo project that he dropped in 2016 months before this. 3.5/5 Favorite track: Five Lies About The World Outside (feat. Insight).

Chad McLewin The effect of the music is visceral to the imagination making your trip to this dystopia so complete that the skits come off as a little heavy handed. Favorite track: Five Lies About The World Outside (feat. Insight).

blocGLOBAL / blocSonic Gat damn! This is the return to form that I hoped "Don't Look Down" would be. L'Orange and Lif are a great team. Favorite track: The Gentle End.
more...

George Orwell once prophesized, “if you want a vision of the future, imagine a boot stamping on a human face - forever.” The latest EP from L’Orange & Mr. Lif, The Life and Death of Scenery, conceives a chimerical “lighthearted dystopia” just far enough from modernity to breathe easily, but close enough to make you consider relocating to that cave in the forest. In this collaboration with the eccentric North Carolina producer, L’Orange, Lif imagines an adjacent future called the “last society,” where culture has been obliterated and physical survival has taken precedence over art.

Released through a partnership between Adult Swim and Mello Music Group, the duo’s latest opus opens with one of four addresses from “The Narrator” (played by The Daily Show’s Wyatt Cenac). These Big Brother missives capture a world where the, “books are all burned, the vinyl has been melted, and the remaining art catapulted over the city walls.” The mere act of whistling is cause for the guillotine. It’s the rap analogue to Fahrenheit 451, 1984, or a Brave New World, where the Soma is uncomfortably soothing and the sunshine eerily abundant.

The former Def Jux legend inhabits on the role of The Scribe, frantically showing the post-apocalyptic survivors the power of what's been lost. It attacks those who value disposable art over the timeless; it articulates the necessity of preserving culture; it lampoons the absurdity of attempting to destroy one of the most immutable qualities in mankind.

In L’Orange’s words, the collaboration is “a negotiation of influences without compromise.” You can hear the producer’s trademark alchemy of classic boom-rap with glitchy fuzz, a compressed whimsy that slaps against somber scythe-like piano lines, ominous spaghetti western licks, and celestial saxophone licks.

Lif spits staccato bars in double-time, adeptly slicing through the beats like banned books to a shredder. He’s joined on “Antique Gold” by the 19-year old monotone samurai, Chester Watson. Gonjasufi’s banshee yelp makes “Strange Technology” even more resonant. Insight bombards on “Five Lies About the World Outside.” The legendary turntablist Q-Bert contributes cuts on “The Scribe.” While Akrobatik, Lif’s longtime partner in The Perceptionists, pops up twice to exhibit their almost telepathic tag-team chemistry.

The rapping is virtuosic. The production is sumptuous and scene setting. But what sticks is those cumulative effects: the fantastic imagination of this foreign but familiar world, the importance of illuminations in a world that values cold logic, the sly humor of winking oracles, and inexorable fear that this could be a reality—should we continue down our current path.

All Songs Produced by L'Orange
Vocals by Mr. Lif