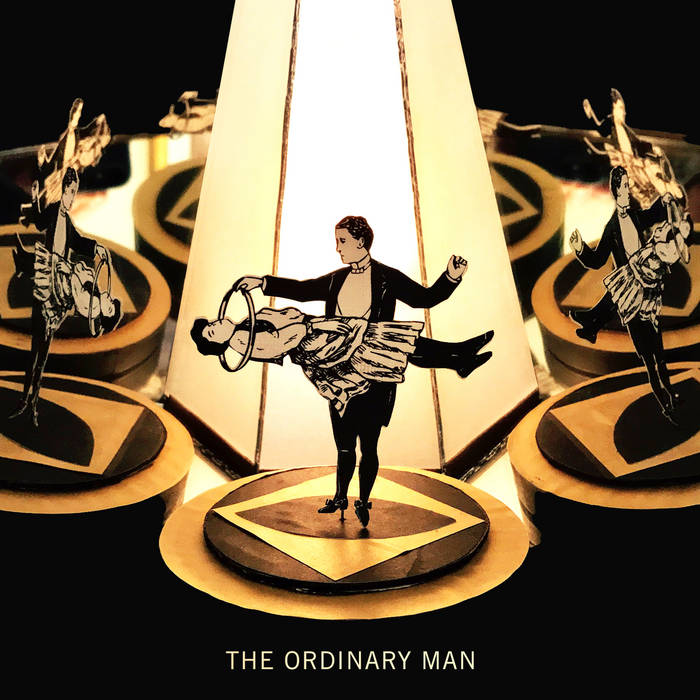 Asa Collier I listen to this album when I work inside people’s homes. Say that because it has a timelessness and even a cleanness, in terms of material that doesn’t offend with vulgarity. Anyway, great album for its artistic merit.

“All art is magic,” Raymond Chandler once wrote. But not all magic is art. Sometimes, it’s a matter of trite card tricks, petty illusions, and fast twitch graft. But when the legerdemain of the unreal combines with the tangible and heartfelt, it can lift a veil that allows you to see the esoteric beauty and profound mystery of life.

This amalgam of art and magic looms at the spiritual core of L’Orange’s The Ordinary Man­—a record vaguely reminiscent of RJD2’s Deadringer if it actually contained the power to reanimate the dead. It asserts L’Orange in a league with instrumental hip-hop legends like the aforementioned Ohio great, DJ Shadow, Wax Tailor, Blockhead, and the Avalanches. Yet it’s a singularly necromantic work that could only come from the Nashville-by-way-of-North Carolina producer.

On his third album, L’Orange builds upon his previous catalogue’s cinematic film noir and cabaret jazz fixations, but adds a thematic focus, whimsy, and feverish urgency. It arrives after a tumultuous two-year saga in which a series of tumors grew in L’Orange’s right ear, which eventually led to almost total deafness on that side. Surgeries left him off-balance and dizzy. A natural fear gripped him, causing self-doubt about whether he’d regain the totality of his gift. But as it does quite often, turmoil spurred the producer to create his most poignant body of work.

Released on Mello Music Group, The Ordinary Man chronicles the narrative of a magician who discovered late in life that his peers weren’t actually pulling rabbits from hats. Crestfallen and disillusioned, he digs deeper to push his own show into uncharted territory, demonstrating ostensibly impossible feats for crowds too terrified to ask for the reveal.

As the audience gradually realizes that his practice of the dark arts isn’t fraudulent, people from all around the world flock to him. Unfortunately, this loyalty to what he was rather than what he did becomes patronizing and dull—engendering a bitterness and disenchantment that leads him to finally disappear in front of millions of stunned onlookers.

Following L’Orange’s previous full-length opuses with Kool Keith, Mr. Lif and Jeremiah Jae, this show finds a cast of guest stars that includes Del the Funkee Homosapien, Blu, Elzhi, The Koreatown Oddity, and Chuwee. The solo sorcery amounts to a work of orphic shadowy power. Interstitial clips describe the magician’s large bulging eyes, high domed forehead and thin slit of a mouth; houses that have seen too many strange happenings, messages trickling through from other dimensions, grotesque monsters with five legs and six years. Samples are chopped like friendly spirits, blending and elegantly haunting the guest rappers.

Behind the boards, L’Orange shows a master’s precision, playing with pace and tempo, telling a fully- fleshed out narrative with few words. This is The Sorcerer’s Apprentice but far more soulful. If Harry Houdini was a hip-hop head this is what he’d bump. It’s mournful blues with pianos that sparkle like a Tiffany Lamp—smooth as a pickpocket stealing a wallet.

Tune in for archaic old-time glamour interspersed with insight into the timeless oracular mystery at the center of our existence. You spy bizarre astrological charts and hear acts of levitation. This is the Aleister Crowley material: stuff that defies explanation, what Ripley went looking for. Harry Potter meeting the hellhound on your trail. Nothing ordinary about it.